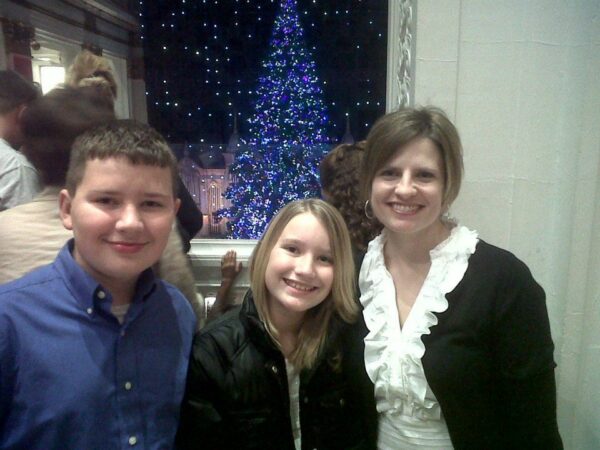 As we move toward Mother’s Day, I thought it might be helpful to share a bit of what I’ve learned about being a stepmom.

I haven’t written much about this part of my life, largely because much of the story I have to tell is not just my own story – it also belongs to Miles and Nina. However, they are now adults living mostly on their own, and it’s possible to share some insights from this time without violating their privacy. The years passing have also given me some emotional distance from the most difficult parts.

To be clear, those difficulties were not Miles and Nina. My “challenges” in step-parenting, if challenges can be a euphemism for “situations and people that made me want to throw bricks through windows and scream profanities,” were other adults and the broken system that is ironically called civil court. I can’t solve those problems with a blog post, but I can speak to some general issues every stepparent faces. This post will address some of the questions I’ve received and share my perspective as a woman with no kids of her own who stepped into this role for the middle school and high school years of the kids. Next week, part 2 will be a guest post from a friend who brought her own son and daughter into a new blended family and is now a step—no pun intended—ahead of me in navigating their young adulthood and, gulp, weddings.

How did you decide what the kids call you?
From day one, it was just Jen. They have a mom and I’m not it. In some families, both bio mom and bonus mom are “mom.” At least that’s what I hear; I don’t know any personally. In others, stepmom has an affectionate nickname. In others, she has a less affectionate one. I was glad to go with Jen.

How did you handle discipline?
There are few perks to being a stepparent, but for me there were two: I didn’t teach the kids to drive and I didn’t discipline them. If I had walked in on them wrestling with knives, I would have told them to put down the knives. And I once told Miles, in what was perhaps not entirely a neutral tone of voice, that it was not okay for him to keep his bedroom window open in December so that his room would be 53 degrees and he could wear sweaters and “feel cozy.” But for the most part, I never told them to do anything that wasn’t already an established rule of the house. Even that I usually left to Matt. Anything bigger, anything that required permission, anything that involved punishment – that was Matt’s problem. It not only avoided the “you’re not my mom” dynamic, but it gave me a wonderful blissful space of rest in which that stuff simply wasn’t mine to own.

This is more difficult when you have your own kids, because you do have to discipline them, and what if the rules are different for your kids and his kids, or what if all of them get into shenanigans together, and how do you keep things fair-ish? I welcome readers in this situation to share their answers, as I raise a glass to acknowledge your more difficult path. 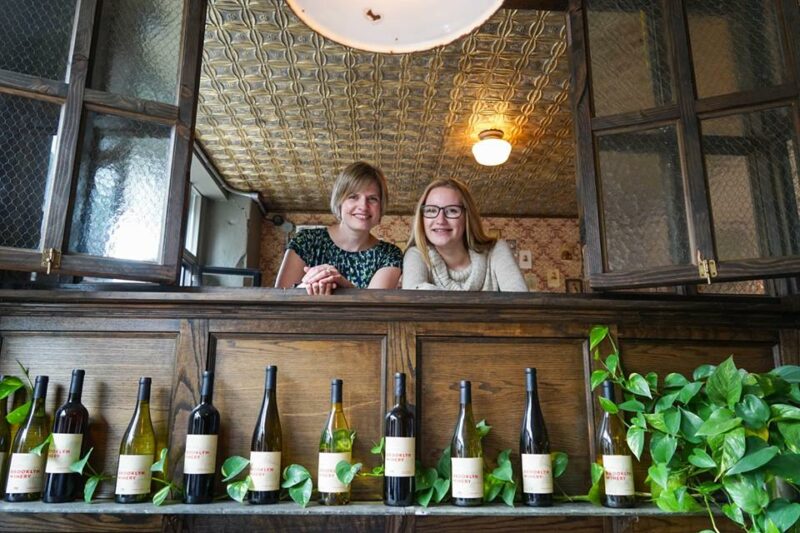 How do you work at the relationship with the biological parent, if they are still alive and involved?
So Miles had a good friend, I’ll call him Kyle, whose parents divorced when Kyle was just a preschooler, and over the years the mom and dad had developed a wonderful co-parenting relationship. Dad helped out with his share of expenses, mom made sure dad knew about football games and band concerts, dad called Kyle and told him to stop mouthing off to mom and respect her (!). They sat with each other and with us at school events. They picked up and carpooled and dropped off. They figured out how to pay for college and whether Kyle should have a car and who was going to cover it. Kyle knew that while they weren’t together anymore, they were parenting him together.

Let’s just say, that was not our experience. I will share our experience with you if you are researching long-term post-traumatic stress, or if you are booking people for the kind of talk show where 285-pound dudes are standing by to break up fights, or if you have six hours and nowhere to be and a bottle of something that’s not soda. Otherwise, what I’ll say is that I limited my contact with mom, Matt and I both tried to communicate with her mostly in emails and texts, and we both celebrated on Nina’s 18th birthday.

One thing to remember, no matter how bad it gets, is that no matter how bad it gets your child still loves the other parent. This is their mom or dad, their world, 50% of their DNA. So if you insult the other parent, you are insulting the child. We mostly succeeded in keeping our mouths shut about about it until the kids were grown and starting to ask their own questions and seeing things for themselves. 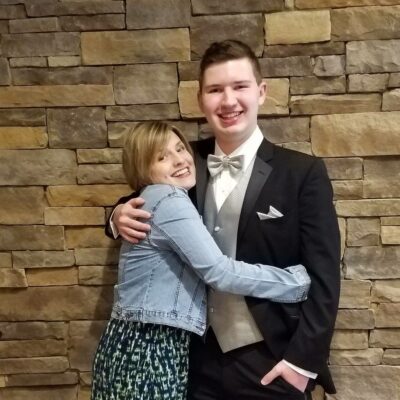 But they do need to respect you as an adult in the home who is helping to provide for them and care for them. Respect for other people – stepparent or not – is a character issue and a lesson their parent should help them learn.

What do most typical families forget or miss or not know to help blended families feel fully included?
Every step-parenting situation is different, so don’t assume that because you know one blended family, you know all of them. Common scenarios include divorced mom married to widowed dad (or vice versa), divorced parent 1 married to divorced parent 2 whose first spouse is now in a same-sex relationship, divorced parents who both live with other people but didn’t re-marry, divorced and still do holidays together, divorced and could mediate between Putin and Zelenskyy because of their skills at negotiating holiday custody schedules, kids are young, kids are older, kids are older and the new couple also has a preschooler together, kids live with one parent, kids shuffle back and forth every other week, and on and on.

So the best thing to do is ask, as appropriate for your role and your level of relationship with the people involved.

You are not going to offend us. We know we’re managing a Whole Thing. We are not shocked at this news. Kindness and an acknowledgment that it can be complicated goes a long way.

Because it is complicated, even when things are going well. There are at least three adults involved who have big emotions and often that many or more kids who have even bigger feelings and (arguably) less maturity, years or decades of dysfunction, at least two households and maybe more, so we’re sorry and we tried but we can’t remember the school bus number on Tuesdays when it’s different from the rest of the days, and homework is being eaten by the dog at the other house this week, and also sometimes the child has been withheld against the custody order and we haven’t seen her for six months and we’re prepping for court where a judge will threaten baby mama with jail if she doesn’t obey the law, or sometimes we’ve had to call the cops against her boyfriend who’s banging on our front door at 8:00 on a Wednesday night, or maybe Bucks County pushed the next court date back three more months AGAIN, or…..oh…but that’s not just my story to tell.

You get the idea.