What Are You Even Doing?

Home » What Are You Even Doing?

What Are You Even Doing?

I don’t really care what you think about the United States’ withdrawal from Afghanistan.

That is partly because if we are friends on Facebook or I follow you on Twitter, I already know your views. If we’re not or I don’t, I also already know your views because on any issue facing us as a nation right now there are basically just five or six talking points, all of them oversimplified, with variations based on whether the person holding said view is reinforcing it with Bible verses, or sarcasm, or a concealed weapon.

But I’m also not too interested in your opinion on this issue because I’m more concerned about what you’re DOING as a result of your beliefs. (Note: the same is true regarding your opinions on abortion, systemic racism, climate change, and using a turn signal.)

This spring, at the suggestion of a colleague, I read After the Last Border: Two Families and the Story of Refuge in America by Jessica Goudeau. Consider this my recommendation that you read it, too, and fall in love with two families who leave their homes in Myanmar and Syria to start new lives in (of all places) Texas. In the course of reading the book you begin to admire Mu Naw and Hasna, to grieve with them as they leave their friends and family and lovely possessions behind, and to struggle with them as they face a new existence of discount grocery stores, budget apartments, unfamiliar food, and indecipherable bus schedules.

Reading this book will also teach you about the history of refugee policy in our country and how we are welcoming refugees (or not) today. I learned things like:

So now I know some things. To paraphrase Good Will Hunting, it’s amazing what you can learn if you spend a few dollars in library fines. 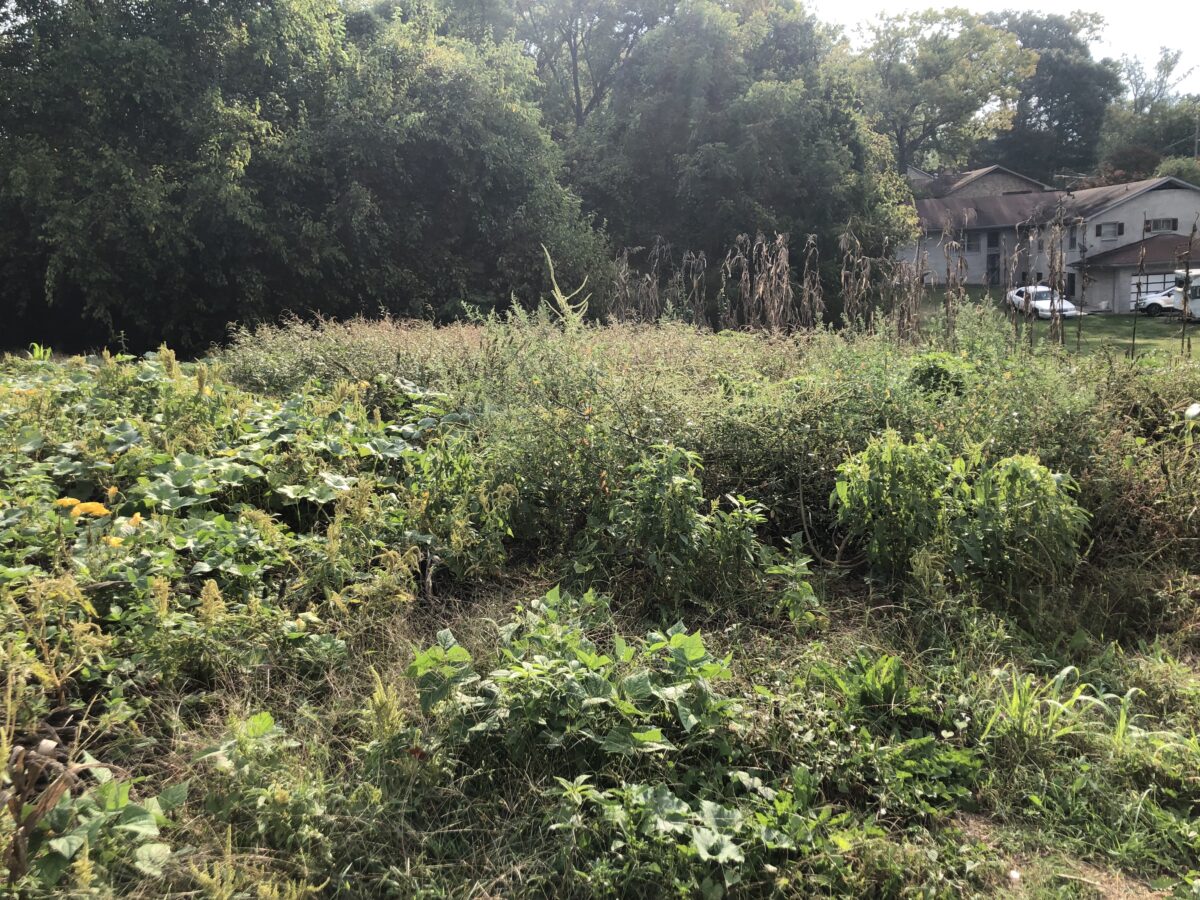 But more importantly, now I’m doing some things. This past Saturday I spent three hours decimating my back by pulling out plants and weeds in one of Bridge Refugee Service’s six community gardens. Refugees in Knoxville use these spaces to grow zucchini (did you know the leaves are edible?), corn, beans, and tomatoes to feed their families. It was a challenge to walk up and down stairs Saturday night, but that space is now ready for another growing season.

I also signed up to teach English if an opportunity arises, which will be interesting because my Swahili and my Dari are both, shall we say, limited. But Bridge promises they can equip volunteers to help new arrivals learn basic skills, and I’m willing to try.

Most of their volunteer opportunities are during the workday, so I’m just doing the small bit I can. With an international crisis this complex, with all of the problems facing our world, that’s all any of us can do; as Sara Groves puts it, all of our efforts are just little, precious bits of stone and mortar that together build the kingdom.

Whether you’re for or against the withdrawal of troops from Afghanistan, whether you blame our current president for how it ended or previous administrations for how it started, you probably want a thriving economy, flourishing cities, and safe neighborhoods. If you’re a Christian, hopefully you also believe that being like Jesus (who was himself a refugee) means seeing and helping the marginalized, the overlooked, and the oppressed. Throwing your back out in a garden on Saturdays may not be the stone and mortar you contribute, but it’s better than throwing stones on Facebook.

So what do you believe right now? And what are you doing about it?